How to Bridge the Gap Between Intention & Action It’s Monday -6 pm. You  just finished work and you’re feeling tired. You spend the next 45mins stuck in traffic thinking to yourself: “I can either order take-out and skip the gym OR stick to my goal and head to the gym on my way home.

What would you choose?

My work as a Health & Wellness coach has revealed one important truth – most busy women, generally have positive intentions  but often fail to act on them and struggle to achieve their goals.

This often leaves them feeling frustrated and like they “failed” yet again!

Goals define us and have an impact on  our behaviour. For example , I exercise every day because I have the goal to feel focused & energetic all day and this goal shapes my behaviour to the extent that I exercise every morning.

But simply setting a goal(e.g “I will exercise every day”) doesn’t automatically ensure the corresponding action and research tells us that there is a gap between peoples’ “good intentions” and their subsequent behaviour.

So in this article I want to show you how understanding the problems that you may face in converting intentions into action can help you to create strategies to overcome this issue, bridge the gap between intentions and action, and subsequently achieve your goals.

There is a GAP between Intention & Action

WHY? Because You have to make the action you want part of your “routine,” not something that requires a conscious choice each day.

But first you must have self-awareness

Achieving YOUR goals requires that certain goal-directed behaviours be established, but many people are often unsuccessful in either initiating or maintaining these behaviors.

The problems of initiating and maintaining goal-directed behavior can be addressed by using the implementation intention process.

An implementation intention is a self-regulatory strategy in the form of an “if-then plan” that can lead to more successful goal attainment, as well as help in habit and behaviour modification.

It is subordinate to goal intentions as it specifies the following portions of goal-directed behavior:

This if-then plan is a very specific approach as compared to goal intentions.

A goal intention may be phrased in the following way: “I want to reach X!”

Implementation intentions on the other hand are much more specific and seek to connect a future critical situation (an opportunity for goal attainment) with a specific goal-directed behavior, thereby leading to what could be called automatization in goal attainment.

The basic structure of an implementation intention is as follows:IF {situation} – THEN I will {behaviour}

They are often phrased in the following way: “When situation X arises, I will perform response Y!”

The concept of implementation intentions was introduced in 1999 by psychologist Peter Gollwitzer.[1] Studies conducted by Gollwitzer in 1997 and earlier show that the use of implementation intentions can result in a higher probability of successful goalattainment, by predetermining a specific and desired goal-directed behavior in response to a particular future event or cue.

Planning has been widely researched to be the best tool to help you to build a bridge between intentions and action, whatever problem that bridge needs to cross.

Creating a concrete plan should involve a specific situation, this situation then becomes mentally represented and activated, leading to better

The importance of commitment

The strength of commitment related to both the plan set and the goal is very important for the implementation intention to have an effect on your behavior.

Without commitment, an implementation intention will hardly have any effect on goal-directed behavior.

This “if-then plan” is a very specific approach as compared to goal intentions.

And then linking the opportunity and response together.

So let’s run this process:

So say you intend to go to the gym on Monday night after work, I would encourage you to reflect on the reason(s) why you are struggling to get there.

(e.g.,Do you find it difficult to get there on time or are you put off by the thought of the exertion when you are already feeling tired?).

Now that you have identified the potential problem, you need to do some thinking about the HOW the if-part of the plan might be specified so that you get an opportunity for overcoming that problem.

(e.g., If you find it difficult to get to the gym on time or are you put off by the thought of the exertion when you are already feeling tired) you might want to specify these feelings in the if-part of the plan.

3. Identify HOW to respond to the opportunity

The final step is to identify how to respond to the opportunity, which could involve an action (e.g. finishing work ½ hour earlier) or a way of thinking (e.g., then I will think about how good I will feel about myself if I go to the gym after work).

The idea here is that by specifying in advance how you will respond, you don’t need to deliberate at the critical moment.

For example, when you are driving from work and you intended to go to the gym but you are feeling tired , rather than face a moment of indecision and potentially go home instead.

YOU would quickly and relatively automatically think about how good you will feel about yourself after you have worked out and next time look forward to these feelings.

There has been a lot of evidence that supports that forming “if-then”plan can help you to bridge the gap between action and intention and ultimately achieve your goals. 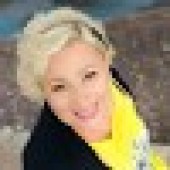 The powerful practice of learning trust from within

Become Addicted to Personal Growth and Your Lack of Confidence Disappears Break the Silence and Speak about Relationship Problems Learning to Say No