Are allies defines by their actions, or does the label matter just as much as the actions ? I read an article recently at Huffington Post in which Timothy Murphy argued that it is not possible to be an ally, that you can only act in allying ways. While I understand the argument that Timothy puts, “you can’t be an ally unless you do allying things,” I completely disagree with the notion of dropping the “ally as identity” label.

Labels are a contentious issue anywhere, but particularly in LGBT circles -I’ll be in trouble for dropping the I and Q for instance- but labels are also important, and none more-so than the label of “ally.” Changing society requires changing how people perceive themselves. As Haiti proved, if you change enough people you can change a country. I would argue, you can change the world. An important step along that way is to celebrate those who have contributed to this change, to identify them, recognise them and reward them. Labels serve this purpose admirably.

Equating the label “ally” with brownie points and arguing ally is a verb not a noun, misses the point of why the label is important. While I agree that an ally is defined by their supportive actions, ally is important as an identifier because it evens up the perceived, and more often very real scale of public animosity, indifference and hatred. For those in need of allies, and that includes women in the worplace, those who label themselves as such, serve us by showing the world their label, indeed shouting from the rooftops if they dare. By so doing they are stating to the world- “we’re on their side,” and tipping those scales a little closer to balance. That is action enough for me.

All opinions are my own 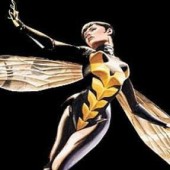 Making a Difference in the Countries I love

From Passion to Profession – A Kirsten Tibballs Story of Success